Australia's build-to-rent market is about to experience significant and rapid growth, with the number of units expected to nearly tenfold to 16,000 by 2027. Speak to an expert mortgage broker in Melbourne today to purchase your investment property

Australia's build-to-rent market is about to experience significant and rapid growth, with the number of units expected to nearly tenfold to 16,000 by 2027.

According to new research by Cushman & Wakefield, the build-to-rent sector which is currently worth about $9.6 billion based on the over 40 projects under construction in Australia, is set to grow exponentially over the next few years.

Marcus Neill, the director of Cushman & Wakefield, a commercial real estate service firm states the Build-to-Rent market in Australia has reached a turning point, where the number of constructed unit is set to double each year to 2025 and grow over 10 fold in the next 5 years.

Victoria plays a key role in absorbing fundamental housing issues and it is one of the epicentres of the build-to-rent market in Australia.

The Build-to-rent model, where the developer maintains ownership of the project once construction is complete for the purpose of renting it out, typically involves large-scale apartment complexes owned by major investors.

According to the research, there are currently only 1859 apartments operating across six Build-to-rent projects in Victoria, New South Wales, Queensland, and Western Australia.

But there is a strong pipeline of developments backed by institutional investors.

According to the research, building will peak in 2022 with 12,848 units created as 14 big institutional investors develop 40 Build-to-rent projects.

Cushman & Wakefield anticipated that the number of finished Build-to-rent units will reach 15,977 by 2027, based only on current projects, with new developments likely to contribute to the construction pipeline.

According to PropTrack economist Anne Flaherty, Australia has been slow to adopt the Build-to-rent model, which is now well established in the US and Europe.

Ms Flaherty believes Build-to-rent might be the key to growing rental availability in Australia, but there are obstacles to overcome before the development model can take off.

There is already an undersupply of rental houses in Australia, and the government is becoming aware that more has to be done,  she added.

Over the next decade, Australia's population is expected to expand by 3.5 million, with renters accounting for an increasing share of the population.

Increasing the supply of rental housing is critical, and eliminating obstacles to entry for Build-to-rent developers might be part of the solution.

According to Cushman & Wakefield head of urban markets Lukas Byrns, the number of Build-to-rent groups engaged in the market increased from 12 to 35 between the end of 2020 and early 2022.

"We have seen a huge increase in active organisations and a dramatic increase in investment into the Build-to-rent industry since 2020," Mr Byrns added.

"They are often supported by both domestic and international money, with the goal of developing portfolios of up to 5000 units over the following five to seven years."

According to the Cushman & Wakefield research, the current influx of proposed developments in Victoria is expected to radically alter Australia's Build-to-rent environment.

Within the next decade, Victoria will transition from having one operational BTR complex to accounting for approximately two-thirds of Australia's entire stock of BTR flats.

The current stock of units in Queensland, New South Wales, and Western Australia is also likely to grow, but on a lower scale.

According to the estimate, Australia's population expansion would result in a demand for at least 300,000 rental units by 2029, Which makes it a good time to invest in real estate property market now and speak to an expert mortgage broker in Melbourne

"Over the next decade, population growth will sustain tenant demand, greater rents will increase investor profits, and a large amount of money will target Australian housing," Mr Ellison said.

The Barriers to BTR in Australia

According to the Cushman & Wakefield analysis, a number of impediments to the growth of BTR in Australia continue, including a lack of government tax breaks, growing construction and land prices, and a lack of finance transactions to date.

According to Ms Flaherty, Australia's tax policies have operated as a substantial barrier to entry for institutional investors interested in developing BTR.

"In contrast to other countries where BTR is taxed in much the same way as other kinds of commercial real estate," Ms Flaherty explained, "in Australia the sector is subject to the higher tax rates associated with residential properties."

"In Australia, this decreases the attraction of BTR in comparison to other types of commercial real estate and impedes development."

"In recent years, state governments have attempted to promote more BTR activity by removing some of these impediments."

The governments of New South Wales and Victoria have provided 50% land tax cuts for the BTR sector to assist create the business in those states, while the Queensland government has a BTR initiative in collaboration with the construction industry. 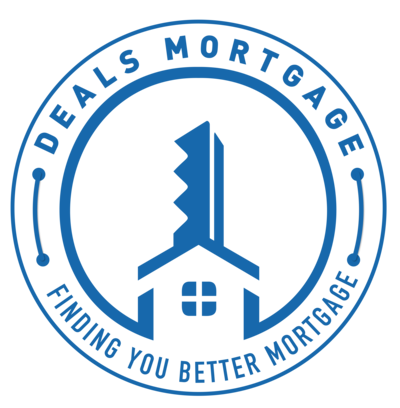